Andrea is an entrepreneur with extensive experience and expertise running projects and companies from startups to established brands.  As a management executive she has worked for a major label and distribution company on campaigns for Tom Petty, Spyro Gyra, Chaka Khan, Elvis Costello and hundreds of lesser known artists; co-owned a music retail chain of 15 stores; co-founded the company that computerized over 2000 retail and wholesale music industry stores and warehouses; was part of the group that created SoundScan; ran and chaired Aspen Colorado’s public radio station (APR), and continues to produce and host weekly radio news and music shows on APR.   Recently she has focused her energies on music curation services, playlists, and working with emerging and established artists through label services offered at DPG Worldwide. 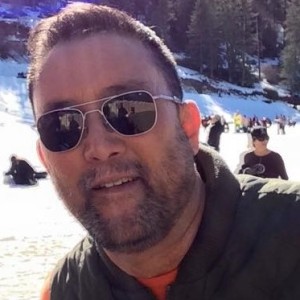 A native Southern Californian born in LA, raised in the OC and currently residing in Silver Lake, Kurt sports a lifetime obsession with all things music which includes 24 years in the biz working the publicity angles for a wide variety of artists and genres.  He attended UCLA remaining undeclared for 4 ½ years instead focused on attending legendary tours by the likes of The Smiths, Jesus & Mary Chain, The The, Echo & The Bunnymen (who’ve finally come full circle as a client), Cocteau Twins, Gun Club, Husker Du, countless Janes Addiction club dates, etc..  He finally graduated and landed an internship with Enigma Records where he immersed himself in early Flaming Lips and Tim Buckley albums.  A whirlwind of major/indie label gigs ensued throughout the 90’s and early oughts including Island Music Publishing, Virgin Records, MCA Records (7 years in publicity department—working with everyone from Lyle Lovett to Al Green) and Windham Hill/Private Music (6 years as head of the PR department creating campaigns for Etta James, Barry White, Janis Ian & George Winston among others).  Freelance life beckoned and he continued working with artists as diverse as Bill Frisell, Boz Scaggs, Camper Van Beethoven, the Bunnymen, Ravi Coltrane, Los Lobos, Angelique Kidjo, Loudon Wainwright III  and others.  When not working with musicians, he’ll likely be watching Dodgers and Clippers games. 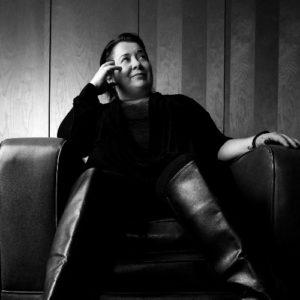 As an innovative, strategic and service-minded leader, Erin founded her artist development company eEK! Productions in 2008 with the mission to service and develop the Canadian Music Industry by giving artists and their teams solutions to build their brand and maximize their fanbase through multiple platforms.

Prior to forming eEK! in Toronto, Erin Kinghorn spent eight years with Vancouver-based Nettwerk Music Group from 2000 to 2008 as Director of Sales and Marketing. There, she worked on albums by Sarah McLachlan, Tiesto, Swollen Members, Great Lake Swimmers, Be Good Tanyas and more.

Erin is a founding member of the University of Northern British Columbia which she graduated with a Bachelor of Arts – Political Science and held a seat on the University Senate for 5 years. Erin has also sat on the MusicBC board for 6 years and is a member of the Across the Board initiative founded in 2017, promoting 50/50 gender equality on music industry boards by 2020.

Simon grew up in Philadelphia and lives in Stockholm, Sweden, where he, among other things, explores the possibility of DPG’s expansion into the Scandinavian market. He has previously worked in a range of areas including music publishing, label-partner relations and studio management. 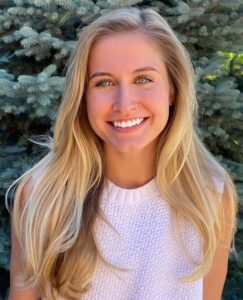 Patrice is a recent graduate of the University of Denver, where she received her Bachelor’s degree in psychology. In her spare time, she enjoys painting, gardening, hiking, and music. Not only does she enjoy attending live music events, but she hopes to one day have a career in the music industry — specifically in management, playlisting, or event production. Patrice also currently serves as the Vice Chair of Membership for the Denver chapter of Women in Music, a 501(c3) non-profit organization. 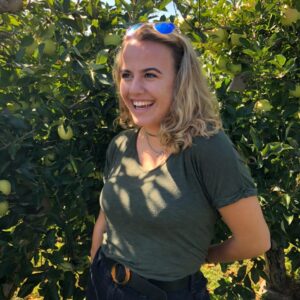 Brook is currently studying Marketing with a concentration in Digital Marketing and Analytics and a minor in Healthcare Management at the University of Connecticut’s School of Business. At school, she is the Vice President of Community Relations for her women’s fraternity, Pi Beta Phi, as well as the fundraising chair for her team, UCONN Women’s Rugby. When she is not studying or getting beat up in a rugby game you can find her going on runs, reading cheesy YA novels, or making oddly specific playlists for her and her friends.